Water research for the detection of the coronavirus: contribution of the Water JPI UrbanWAT project 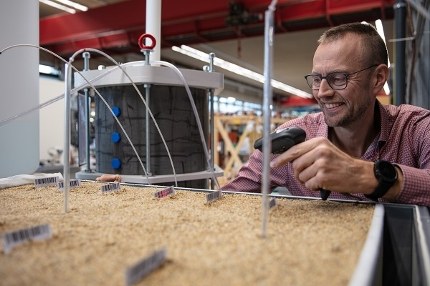 A researcher in the UrbanWAT project on urban water management, funded by the Water JPI through the 2018 Joint Transnational Call co-financed by the European Commission under WaterWorks2017 ERA-NET Cofund, has just announced a discovery that might help in the detection of Covid-19.

The JPI UrbanWAT project is a collaboration between Spanish, French and Dutch groups and aimed at improving tools and criteria for groundwater management in urban areas to ensure the sustainability of urban water resources and define their potential uses, from an integral approach.

In a previous Dutch NWO funded project magnetic micro particles were developed in cooperation with the researchers at the Norwegian University of Science and Technology (NTNU), as a tool to monitor water flows and the spread of pollutants. These micro particles were coated with different DNA barcodes, released into waterstreams and detected downstream by doing PCR on a water sample.

Within UrbanWat the step from macro to nano-particles was made by the Dutch UrbanWAT partners, Delft University, together with NTNU who had the expertise on developing these particles. The new nano-particles were then applied in different conditions for monitoring urban groundwater flows in collaboration with the Spanish and French partners.

While developing these new particles a problem was encountered. One of the new particles did not bind well to DNA, which was essential for this monitoring method. Instead it bound really well to RNA. Normally this would be a fail, but not in this case. It was quickly realized that this property could help in the detection of SARS-CoV-2, the RNA virus that causes COVID-19. And indeed in tests the use of this new nano-particle led to a more sensitive detection of the virus than with existing kits. Production of the particle has been scaled up in Norway.

And so an international collaboration to research water streams has led to an improved method for detecting a virus that caused a pandemic.

To understand more about this research, read more.